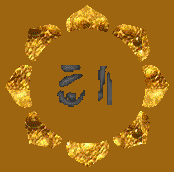 The Barsoomian language has been coined by Edgar Rice Burroughs in his series of science fiction novels starting with A Princess of Mars (1917). This is the language spoken by all Martians, and it includes a telepathic part. The first book of the series has recently been adapted for the cinema by Mark Atkins under the title Princess of Mars (December 2009), and by Andrew Stanton with a movie named John Carter (March 2012). The Barsoomian language has been re-created by Paul Frommer (the linguist behind the Na’vi language), who based his work on the about 400 words peppered within Edgar Rice Burroughs’ novel and its sequels.

The Barsoomian script has been developed by the Walt Disney Studios.