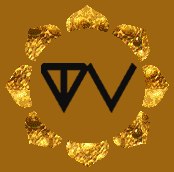 The Elder Speech (Hen Linge) is used for magic in the Netflix series The Witcher released on December, 20 2019. The TV show is based on the eponymous book series by Polish writer Andrzej Sapkowski. The language has been developped by David J. Peterson from Sapkowski’s work in his books, who originally based it on Welsh, English, French, Irish, Latin and other languages. Standard American Romanization has been used to make the writing regular, which is why Hen Llinge is now written Hen Linge, and thaess aep, theis eip.

I don’t know much of the Hen Linge numbers apart from its numerals, which already tell us it follows a decimal system. So stay tuned, I will add content to this page as soon as I get more data.