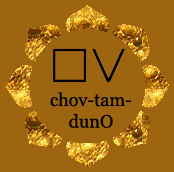 KiLiKi is a fictional language created by the Indian screenwriter Madhan Karky Vairamuthu for the 2015 Indian epic adventure film Baahubali: The Beginning where it is spoken by the Kalakeya tribe. The language appears also in the 2017 sequel of the movie: Baahubali 2: The Conclusion. The KiLiKi language is written using 22 symbols, and includes five clicks.

Due to lack of data, we can only count accurately up to 10,000 in KiLiKi. Please contact me if you can help me counting up from that limit.

Write a number in full in KiLiKi

Let’s move now to the practice of the numbering rules in KiLiKi. Will you guess how to write a number in full? Enter a number and try to write it down in your head, or maybe on a piece of paper, before displaying the result.