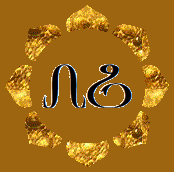 The Atrian language (Sondiv) is a fictional language developed by David J. Peterson (also known for other TV series languages such as Dothraki or Castithan) for the American TV series Star-crossed which premiered on The CW in February 2014. It is spoken by the Atrians, a humanoid alien species from planet Atria who took refuge on Earth. Its writing system, called Kwandon, is an abjad, in which each symbol stands for a consonant, the vowel not being written, except when it appears in first position.

Due to lack of data, we can only count accurately up to 10 in Atrian. Please contact me if you can help me counting up from that limit.

The Atrian number system is decimal. The symbols for numbers are glyphs from the Sondiv alphabet, prefixed with a special number sign to indicate that what is written is a number and not a word, the only exceptions being zero and one, which have their own glyphs. Numbers above nine are simple composites, which means they are written in a positional system (e.g.: 1 + 0 = 10), but the following prime numbers up to nineteen (11, 13, 17 and 19) have their own glyph. In other words, the glyphs for the numbers 2 to 9 and the four following prime numbers are the first twelve glyphs of the Sondiv alphabet.

Write a number in full in Atrian

Let’s move now to the practice of the numbering rules in Atrian. Will you guess how to write a number in full? Enter a number and try to write it down in your head, or maybe on a piece of paper, before displaying the result.