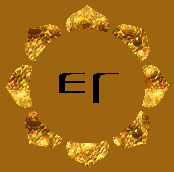 Chakobsa is the language of the Fremen of the planet Arrakis in Frank Herbert’s series of books Dune. Its grammar and written form has been designed by David J. Peterson for the Denis Villeneuve movie Dune released in October 2021. The Chakobsa writing system is an abugida comprises more than 1,000 glyphs.

Chakobsa numerals are represented by a series of glyphs for each digit from 0 to 9. They follow a decimal positional system, hence a base-10 system where the glyph for zero is placed at the right of the one for the multiplier unit to make a ten. A special symbol is placed in front of a numeral to indicate it is a number. Stay tuned, I will add content to this page as soon as I get more information.