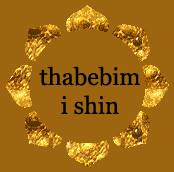 Láadan is a constructed language created in 1982 by the American linguist and science fiction novelist Suzette Haden Elgin in her series Native Tongue. Doubly-created as we may say, as Láadan is invented by a group of feminist linguists in her dystopic world in order to communicate with aliens. Beyond its central aspect in the books plot, it has been designed as a female language aimed at expressing feminine perceptions. Among its specific traits, one can express in an unambiguous way how one feels about what she is saying. Laadan is a true thought experiment to understand what would a female language look like, and if it would be acknowledged by women, and particularly by feminists.

Write a number in full in Láadan

Let’s move now to the practice of the numbering rules in Láadan. Will you guess how to write a number in full? Enter a number and try to write it down in your head, or maybe on a piece of paper, before displaying the result.

A First Dictionary and Grammar of Láadan
by Suzette Haden Elgin, editors Society for the Furtherance & Study of Fantas (1988)
[