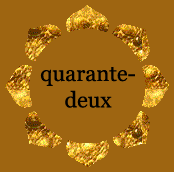 French (français) is an Indo-European language belonging to the romance group. Official language in 29 countries, including France, Belgium (with Dutch and German), Switzerland (with German, Italian and Romansh) and Canada (with English), it is spoken by about 80 million native speakers.
The French language used in France is also known as international French to distinguish it from its local varieties. Canadian French, Belgian French or Swiss French to name a few have different pronunciation, some vernacular vocabulary, and they may also differ in some gramatical rules.
Their numbering rules are the same nonetheless, even if some numbers are different. For example, septante (for soixante-dix) is used in both Belgium and Switzerland, but not in France, nor in any other French-speaking country.

Belgium alone counts around 4 million speakers.
Belgian French numbers are quite similar to international French numbers. In fact, two numbers only are different: septante [70] and nonante [90].

Switzerland counts around 1.5 million French speakers in Romandy.
Swiss French numbers are quite similar to international French numbers. In fact, three numbers only are different: septante [70], huitante [80] (mainly in the cantons of Vaud, Valais and Fribourg), and nonante [90]. Apart from these differences that make the Swiss numbers a fully decimal system, the Swiss French numbering rules are exactly the same.

Write a number in full in French

Let’s move now to the practice of the numbering rules in French. Will you guess how to write a number in full? Enter a number and try to write it down in your head, or maybe on a piece of paper, before displaying the result.