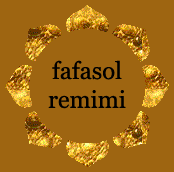 Invented by the French Jean-François Sudre from 1827 on and published posthumously in 1866, Solresol is an artificial language based on the seven musical notes from C (do) to B (si). As it can be represented in many ways, such as by words, sounds, colors, digits, or notes drawn on a written stave or figured by four fingers, it has vocation for universality. Fell into disuse after some success at the beginning of the twentieth century, it is not really practised anymore.

Solresol vocabulary is built a priori and groups the words by number of syllables or notes. One- and two-note combinations are particles and pronouns (si yes, do no, re and), three-note combinations are the most used words (doredo time, doremi day), and four-note combinations are dispatched within seven classes (or keys) after their initial note: the do key (C) belongs to the physical and moral man vocabulary; the re key (D) to the family, household and toiletries; the mi key (E) to man’s actions and faults; the fa key (F) to the countryside, travels, war and sea; the sol key (G) to arts and sciences; the la key (A) to industry and trade; the si key (B) to political and social relations. Five-note combinations give the animal, plant and mineral kingdom nomenclature. Numbers belong to ternary combinations as well as seasons, months and temperatures.

Write a number in full in Solresol

Let’s move now to the practice of the numbering rules in Solresol. Will you guess how to write a number in full? Enter a number and try to write it down in your head, or maybe on a piece of paper, before displaying the result.