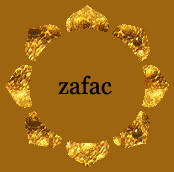 Ro is an a priori philosophical language in which words are categorized depending of their first syllables. For instance, all numbers begin with za (which actually means number), and all collective numbers with ze (like zedac, crowd). Created by the Reverend Edward Powell Foster starting in 1904 and published in 1928 (in Dictionary of Ro: the world language), it was supported by several American sponsors, of whom Melvil Dewey, inventor of the Dewey Decimal Classification, a library classification system of knowledge.

Write a number in full in Ro

Let’s move now to the practice of the numbering rules in Ro. Will you guess how to write a number in full? Enter a number and try to write it down in your head, or maybe on a piece of paper, before displaying the result.