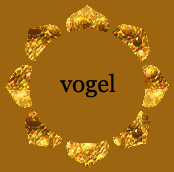 Spokil is an international auxiliary language created by the French doctor Adolphe Nicolas, starting in the 1880s. Published in 1904 in his book Spokil, langage international, it never gained success as esperanto was already growing.

Write a number in full in Spokil

Let’s move now to the practice of the numbering rules in Spokil. Will you guess how to write a number in full? Enter a number and try to write it down in your head, or maybe on a piece of paper, before displaying the result.