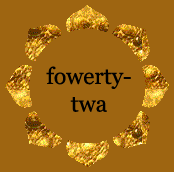 Scots, sometimes called Lowland Scots or Broad Scots, is a West Germanic language that belongs to the Anglic branch. Modern Scots is a sister language of Modern English, as the two diverged independently from the same source, Early Middle English, between 1150 and 1300. It is spoken in Scotland and parts of Ulster in the north of Ireland, by about 1.5 million speakers.

Write a number in full in Scots

Let’s move now to the practice of the numbering rules in Scots. Will you guess how to write a number in full? Enter a number and try to write it down in your head, or maybe on a piece of paper, before displaying the result.

Ulster-Scots: A grammar of the traditional written and spoken language
by Philip Robinson, editors Ullans Press (2018)
[