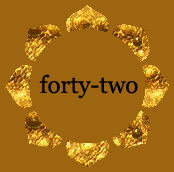 West Germanic language of the Indo-European family, English is the official language of 53 countries, of which the USA, Great-Britain, Australia and Canada. It counts about 400 million speakers as first language.

Write a number in full in English

Let’s move now to the practice of the numbering rules in English. Will you guess how to write a number in full? Enter a number and try to write it down in your head, or maybe on a piece of paper, before displaying the result.

A Comprehensive Grammar of the English Language
by Quirk, Randolph, & Others, editors Longman (1985)
[