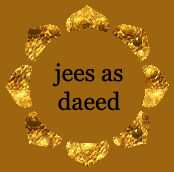 The Manx language (Gaelg, Gailck), also known as Manx Gaelic, belongs to the Celtic languages of the Indo-European languages family. It was spoken as a first language by the Manx people on the Isle of Man until 1974 with the passing of its last native speaker. After some language revival efforts, it can count with about 1,800 second language speakers, and fifty with Manx as their mother tongue.

Due to lack of data, we can only count accurately up to 1,000 in Manx Gaelic. Please contact me if you can help me counting up from that limit.

Write a number in full in Manx Gaelic

Let’s move now to the practice of the numbering rules in Manx Gaelic. Will you guess how to write a number in full? Enter a number and try to write it down in your head, or maybe on a piece of paper, before displaying the result.