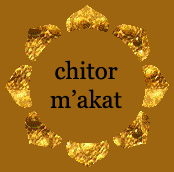 The Dothraki language has been coined by George R. R. Martin in his series of fantasy novels A Song of Ice and Fire. It is spoken by the Dothrakis, the proud nomadic horsemen people of Essos. For the television adaptation of these novels named Game of Thrones aired from April 2011, the TV channel HBO has contracted David J. Peterson to develop the original words list into a complete language, with a grammar and rules of pronunciation.

Write a number in full in Dothraki

Let’s move now to the practice of the numbering rules in Dothraki. Will you guess how to write a number in full? Enter a number and try to write it down in your head, or maybe on a piece of paper, before displaying the result.

A Game of Thrones 4-Book Boxed Set: A Game of Thrones, A Clash of Kings, A Storm of Swords, and A Feast for Crows (A Song of Ice and Fire)
by George R.R. Martin, editors Bantam (2011)
[