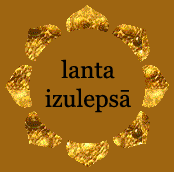 The High Valyrian language is a fictional language developed by the linguist David J. Peterson for the television series Game of Thrones, adaptation of the A Song of Ice and Fire series of novels by George R. R. Martin. If High Valyrian is not really used in the everyday life of Essos and Westeros, it is still a language of learning and education among the nobility of the Free Cities, a bit like Latin in medieval Europe.

Due to lack of data, we can only count accurately up to 1,000 in High Valyrian. Please contact me if you can help me counting up from that limit.

Declensions and genders in High Valyrian

High Valyrian has four grammatical numbers (singular, plural, collective, and paucal), and four genders (lunar, solar, terrestrial, and aquatic). All numbers are adjectives, hence the numeral adjectives are declined according to their class (I, II or III) and their gender as other High Valyrian adjectives. In other words, numbers agree with the nouns they modify in case and number. Here are some examples in nominative plural: lanti vali (“two men”, lunar), lantyz azantyssy (“two knights”, solar), lanta dōra (“two stones”, terrestrial), lantra hāedri (“two younger sisters”, aquatic). With a paucal word, like lentun (“community”), the numeral is set in its plural form (mēriar lentun, “one community”), whereas with a collective word, like mentyr (“army”), the numeral is set in its singular form (mēre mentyr, “one army”).

Write a number in full in High Valyrian

Let’s move now to the practice of the numbering rules in High Valyrian. Will you guess how to write a number in full? Enter a number and try to write it down in your head, or maybe on a piece of paper, before displaying the result.

A Game of Thrones 4-Book Boxed Set: A Game of Thrones, A Clash of Kings, A Storm of Swords, and A Feast for Crows (A Song of Ice and Fire)
by George R.R. Martin, editors Bantam (2011)
[