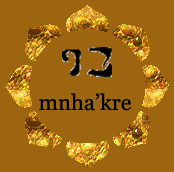 Write a number in full in Romulan

Let’s move now to the practice of the numbering rules in Romulan. Will you guess how to write a number in full? Enter a number and try to write it down in your head, or maybe on a piece of paper, before displaying the result.