Counting in Antillean Creole of Martinique 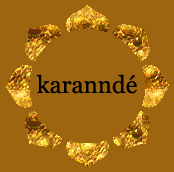 Antillean Creole of Martinique (kréyòl, patwa) is a French-lexified creole language. Spoken in Martinique by about 400,000 speakers, it is closely-related to the other Antillean Creoles spoken for instance in Guadeloupe, in Dominica or in Trinidad and Tobago, although it differs from them by its vocabulary and grammar.

Numbering in Antillean Creole of Martinique

The vocabulary of Antillean Creole of Martinique is mainly based on French, which can be particularly striking in numbers names. Their pronunciation is transposed in a specific spelling system, while keeping the French numbering and its features, like for instance the use of vigesimal system between sixty (swasant) and ninety-nine (katrèvendiznèf). The etymological meaning can thus be found by reverse transcribing from Creole to French. However, phonetic changes, and therefore alterations of the spelling, still remain, as in the case of the number one, which is quite difficult to recognize at a glance when used in a compound number: yonn [1], ventéen [21], san-en [101], mil yonn [1,001], an milyon [one million], an milya [one billion] (in the last two cases, the indefinite article replaces it). If the underlying numbering system is identical between the two languages, we do speak of translation here – and not only transcription – once the phonetical rules are made explicit.

Write a number in full in Antillean Creole of Martinique

Let’s move now to the practice of the numbering rules in Antillean Creole of Martinique. Will you guess how to write a number in full? Enter a number and try to write it down in your head, or maybe on a piece of paper, before displaying the result.