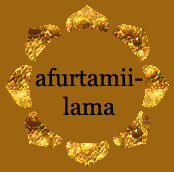 Language belonging to the Cushitic family, Oromo (also known as Afaan Oromoo or Oromiffa), is spoken by the Oromo people, mainly in Ethiopia, but also in Kenya. It counts about 35 million speakers, hence the third most spoken language in Africa.

Due to lack of data, we can only count accurately up to 1,000 in Oromo. Please contact me if you can help me counting up from that limit.

Write a number in full in Oromo

Let’s move now to the practice of the numbering rules in Oromo. Will you guess how to write a number in full? Enter a number and try to write it down in your head, or maybe on a piece of paper, before displaying the result.