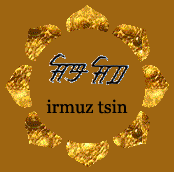 Designed by David J. Peterson, Kinuk’aaz is the language of the Omec people in the universe of the Defiance TV show. Newly arrived in the third season of the series, they are known to raid the Votans worlds every 76 years. They have their own alphabet, the Zaduusel, and not a syllabary like the different Votan races (namely, the Castithan, Irathient and Indogene).

Due to lack of data, we can only count accurately up to 1,999 in Kinuk’aaz. Please contact me if you can help me counting up from that limit.

Write a number in full in Kinuk’aaz

Let’s move now to the practice of the numbering rules in Kinuk’aaz. Will you guess how to write a number in full? Enter a number and try to write it down in your head, or maybe on a piece of paper, before displaying the result.