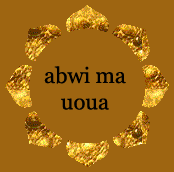 Gilbertese (Kiribati) is a language from the Austronesian family, belonging to the Oceanian branch and the Micronesian subbranch. Most of the Kiribati speakers (97%) live on the Kiribati island, other speakers live in Rabi Island (Fiji), Nauru, the Solomon Islands, Nui (Tuvalu) and Vanuatu. Kiribati counts about 102,000 speakers.

Numerical classifiers are suffixes applied on the digits roots. They are organized in many categories, but the most used are the following:

Write a number in full in Gilbertese

Let’s move now to the practice of the numbering rules in Gilbertese. Will you guess how to write a number in full? Enter a number and try to write it down in your head, or maybe on a piece of paper, before displaying the result.