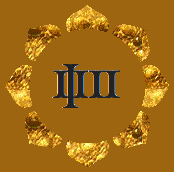 Ravkan is the language of the Ravka nation in the Grishaverse world of Leigh Bardugo’s books Shadow and Bone and Six of Crows. The Ravkan language appears in the Netflix series Shadow and Bone released on April, 23 2021. David J. Peterson designed both the language and its writing system. While inspired by Russian for its vocabulary, and also Mongolian, its writing is a fantasy Cyrillic alphabet which has some resemblance to the Glagolitic script. The Netflix series features also two other languages designed by David J. Peterson: Kerch and Fjerdan, the latter with Christian Thalmann.

I don’t know much of the Ravkan numbers apart from its numerals, which already tell us it follows a decimal system. And as you may have noticed, the numerals for five and nine are missing. So stay tuned, I will add content to this page as soon as I get more data.